Prevailing Torque Locknuts - When They Don't Work, What Happened?

You can't be in the locknut business very long without encountering someone having problems with locknuts in their applications.  When a locknut manufacturer's registered quality system includes rigorous quality controls, their parts pass the qualification tests, and there are still problems on the customer's assembly line, what happened? The short answer is that sometimes there are misapplications of locknuts. 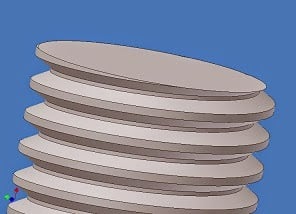 can bend or break off and contaminate the assembly to the point of seizure.  With nylon insert locknuts, the insert can be pushed out of the nut before the thread form is impressed into it. The start thread chamfer for 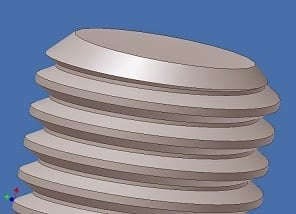 locknut mates should be per the description in ASME B18.2.1 Hex Cap Screw Point


“Point shall be chamfered or rounded at manufacturer’s option from approximately 0.016 in. below the minor diameter of the (bolt) thread. The first full formed thread at major diameter is located a distance no greater than 2 times the thread pitch from the end of the screw. This distance is to be determined by measuring how far the point enters into a cylindrical NOT GO major diameter ring gage (reference Gage, ASME B1.2, Page A-80).”

Most application problems resulting from a locknut replacing a free-spinning nut in an assembly can be traced back to one of these conditions.  If the condition can be removed, the assembly will be successful.